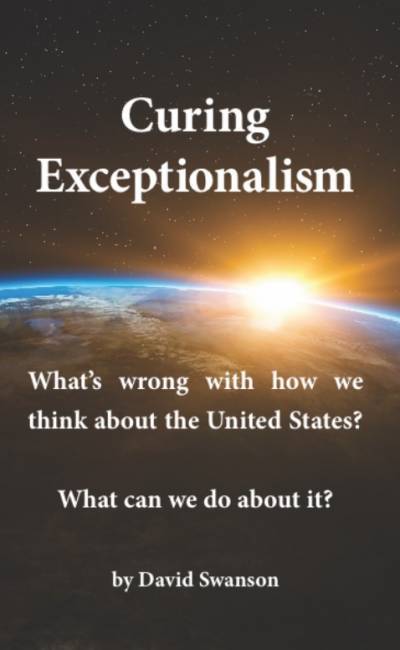 U.S. exceptionalism, the idea that the United States of America is superior to other nations, is no more fact-based and no less harmful than racism, sexism, and other forms of bigotry.

The purpose of this book is to persuade you of that statement.

This book examines how the United States actually compares with other countries, how people think about the comparison, what damage that thinking does, and what changes we might want to consider making.

“I hope Curing Exceptionalism will be part of coursework in classrooms throughout the U.S." —Kathy Kelly, co-coordinator of Voices for Creative Nonviolence.

“A must-read for every U.S. citizen." —Robert Fantina, author of Desertion and the American Soldier 1776-2006.