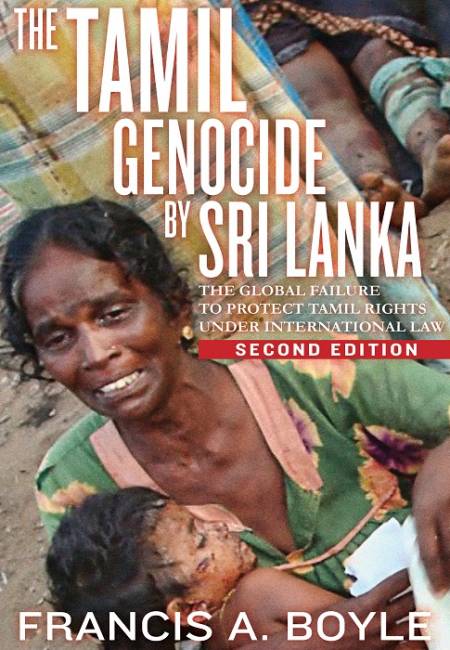 Sri Lanka’s government declared victory in May, 2009, in one of the world’s most intractable wars after a series of battles in which it killed the leader of the Tamil Tigers, who had been fighting to create a separate homeland for the country’s ethnic Tamil minority. The United Nations said the conflict had killed between 80,000 and 100,000 people in Sri Lanka since full-scale civil war broke out in 1983.

This second edition with over 150 new pages traces the ongoing engagement in the Sri Lankan conflict of Professor Francis A. Boyle, an eminent American expert in international law, from the conflict’s last years to the present pursuit of UN recognition of the Tamil genocide and call for reparations. It is the first book to develop an authoritative case for genocide against the Government of Sri Lanka under international law.