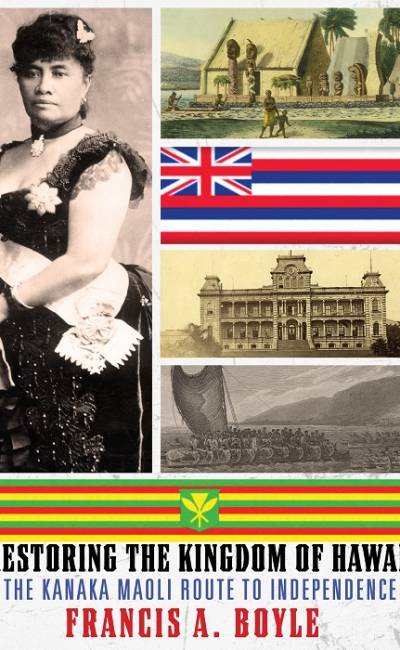 “Restoring the Kingdom of Hawaii is a powerful book on one of the most controversial matters of international law in today’s world:  ‘self-determination’ — the right of all peoples to govern
themselves by themselves, without alien interference, so as to freely determine their political status and economic, social and cultural development…Professor Boyle pleads magistrally in this book the case for the restoration of the Hawaiian Kingdom from the perspective of the international law right of self-determination.”
Lilliana Popa, African Journal of International and Comparative Law, Volume 24, Issue 3

FRANCIS A. BOYLE is a leading American expert in international law. He was responsible for drafting the Biological Weapons Anti-Terrorism Act of 1989, the American implementing legislation for the 1972 Biological Weapons Convention. He served on the Board of Directors of Amnesty International (1988-1992), and represented Bosnia-Herzegovina at the World Court. He served as legal adviser to the Palestinian Delegation to the Middle East peace negotiations from 1991 to 1993. In 2007, he delivered the Bertrand Russell Peace Lectures. Professor Boyle teaches international law at the University of Illinois, Champaign