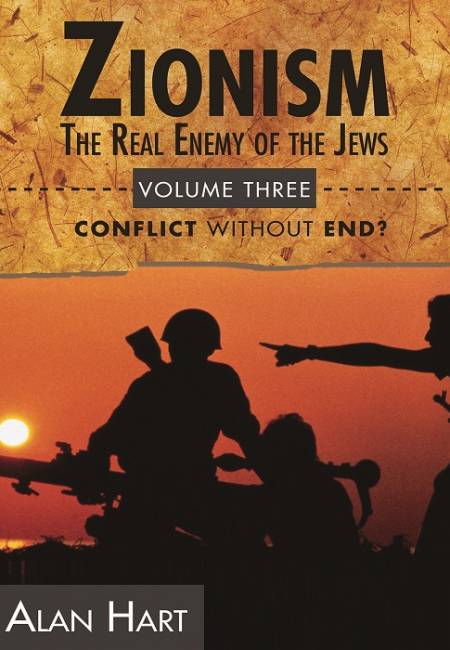 The compromising of Security Council integrity, author Alan Hart argues, is the key to understanding everything that has happened since the 1967 war. By allowing Israel to violate international law and settle the Occupied Territories, the major powers, led by America, effectively created two sets of rules for the behavior of nations—one for all the nations of the world minus Israel and the other exclusively for it.

“The scope is immense, but leavened by Hart’s conversational writing style and his years of personal experiences and insider observations. Even the most obsessive readers on this topic will learn much in its pages. At a book promotion gathering in a home in Brooklyn in June, Hart said he wrote with two goals in mind: to contribute to justice for the Palestinians and to stop anti-Semitism. Hart is in earnest about the latter…” JANE ADAS, Americans for Middle East Understanding, Sept-October, 2010

“These three wide-ranging, highly readable, and extremely well-informed volumes are a real gem that should be read by every politically- and historically minded seeker of truth, justice, and enduring peace in historical Palestine.” Journal of Palestine Studies, 2012