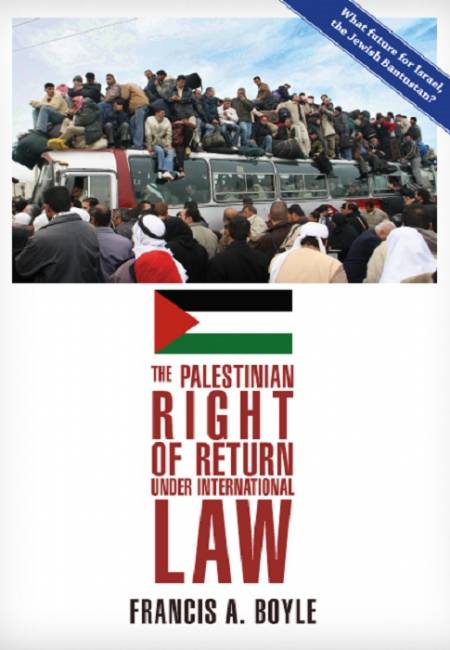 The just resolution of the Palestinian right of return is at the very heart of the Middle East peace process. Nonetheless, the Obama administration intends to impose a comprehensive peace settlement upon the Palestinians that will force them to give up their well-recognized right of return under United Nations General Assembly Resolution 194(III)) of 1948; accept a Bantustan of disjointed and surrounded chunks of territory on the West Bank in Gaza; and even expressly recognize Israel as “the Jewish State,” as newly demanded by Benjamin Netanyahu. All this will fail for the reasons so powerfully and eloquently stated in this book.