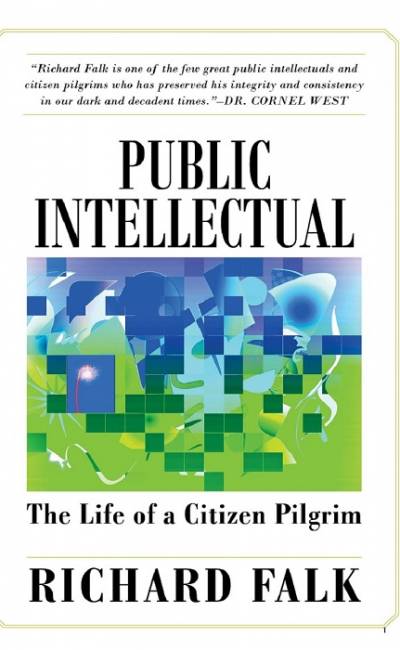 This political memoir reveals how Richard Falk became prominent in America and internationally as both a public intellectual and citizen pilgrim. Falk built a life of progressive commitment, highlighted by visits to North Vietnam where he met PM Pham Von Dong, to Iran during the Islamic Revolution after meeting Khomeini in Paris, to South Africa where he met with Nelson Mandela at the height of the struggle against apartheid, and frequently to Palestine and Israel. His memoir is studded with encounters with well-known public figures in law, academia, political activism and even Hollywood. Falk mentored the thesis of Robert Mueller, taught David Petraeus.

“Will enrich you intellectually and politically…" VANDANA SHIVA

Richard Falk is a leading international law professor, prominent activist, prolific author, and a pioneer thinker dedicated to peace and justice.  He served as UN Special Rapporteur for Occupied Palestine. His books include This Endangered Planet, A Study of Future Worlds; Power Shift, Revisiting the Vietnam War, Palestine Horizon, and On Nuclearism. In 2010 he was named Outstanding Public Scholar in Political Economy by the International Studies Association. Since 2009 he has been nominated annually for the Nobel Peace Prize.