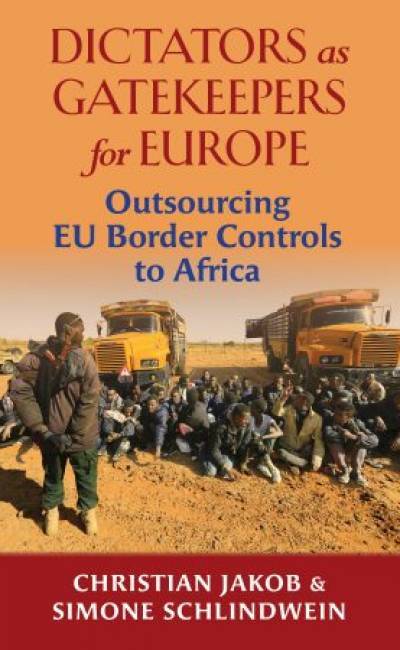 The USA is divided around the wall President Trump wants to build along the Mexican border. Europe has long answered this question at its own southern border: put up that wall but don’t make it look like one.

Today the EU is trying to close as many deals as it can with African states, making it harder and harder for refugees to find protection and more dangerous for labour migrants to reach places where they can earn an income. But this is not the only effect: the more Europe tries to control migration from Africa, the harder it becomes for many Africans to move freely through their own continent, even within their own countries.

CHRISTIAN JAKOB studied sociology, economics, philosophy in Bremen and Milan, and Global Studies in Berlin, Buenos Aires and Delhi. He served as editor of the daily newspaper Taz.de, after which he has worked there as reporter. Together with Simone Schlindwein and Daniél Kretschmar, he was received an award for the migration project “Migration Control" from the German Otto Brenner Foundation in 2017. is based on his research.

SIMONE SCHLINDWEIN studied East European studies, was Moscow correspondent for the Spiegel, but since 2008 she has been living in Uganda and is the correspondent of the German “tageszeitung" (taz.de) for the Great Lakes region: DR Congo, Rwanda, Burundi, Uganda, Central African Republic, South Sudan. In 2016 she was awarded the journalists' prize “Die lange Atem" for research on the Rwandan Hutu militia FDLR in DRC and the corresponding book “Crime Scene Congo – Trial in Germany".