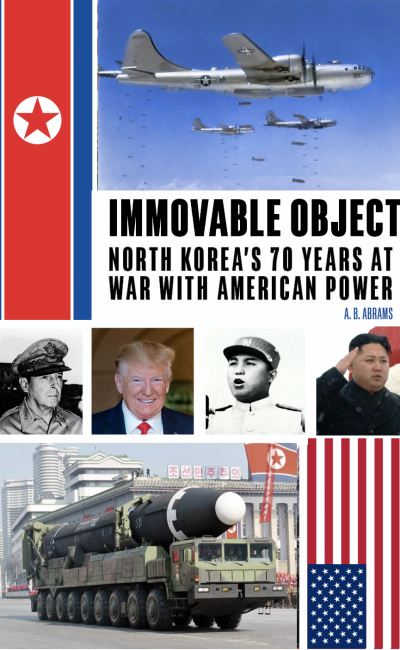 “If North Korea were ever to publish its own view of the history of its relationship with the USA the result might well look something like this book. While controversial, Abrams is careful to support his assertions with footnotes and references, so that even those who find his conclusions unpalatable will be forced to weigh them carefully.”– John Everard, British Ambassador to North Korea from 2006-2008. Former Co-ordinator of the UN Security Council’s Panel of Experts on sanctions on North Korea.

A.B. ABRAMS is the author of Power and Primacy: A History of Western Intervention in the Asia-Pacific. He has published widely on defense and politics and is proficient in Chinese, Korean and other East Asian languages. He has completed Masters degrees in related subjects at the University of London. Abrams has spent much time in North Korea, studied the Korean language at university in Pyongyang, and has many contacts with Koreans inside the DPRK and overseas. This has allowed him to form a deeper understanding of the country’s society, ideology and culture.