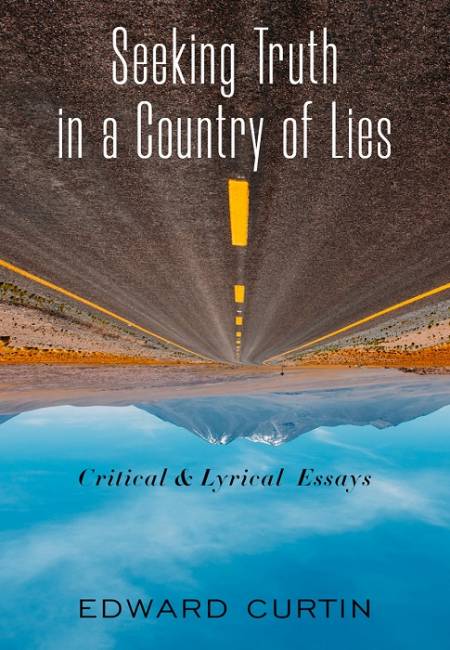 “Seeking Truth in a Country of Lies is a dazzling journey into the heart of many issues — political, philosophical, and personal — that should concern us all.  Ed Curtin has the touch of the poet and the eye of an eagle.” Robert F. Kennedy, Jr.

“Edward Curtin puts our propaganda-stuffed heads in a guillotine, then in a flash takes us on a redemptive walk in the woods — from inferno to paradiso.  Walk with Ed and his friends — Daniel Berrigan, Albert Camus, George Orwell, and many others — through the darkest, most-firefly-filled woods on this earth.” James W. Douglass, author, JFK and the Unspeakable

“A powerful exposé of the CIA and our secret state… Curtin is a passionate long-time reform advocate; his stories will rouse your heart.” Oliver Stone, filmmaker, writer, and director

EDWARD CURTIN is a former professor of sociology at Massachusetts College of Liberal Arts, educated in the classics, philosophy, literature, theology, and sociology, . His career has been deeply informed by playing basketball where, as a point-guard, he learned to see the whole court. A former newspaper columnist for The Berkshire Eagle, his writing on a wide range of topics and in multifarious styles has appeared widely in magazines, newspapers, scholarly journals, and online over many years. Born in the Bronx, he now lives in the hills of western Massachusetts where he likes to get lost while walking.