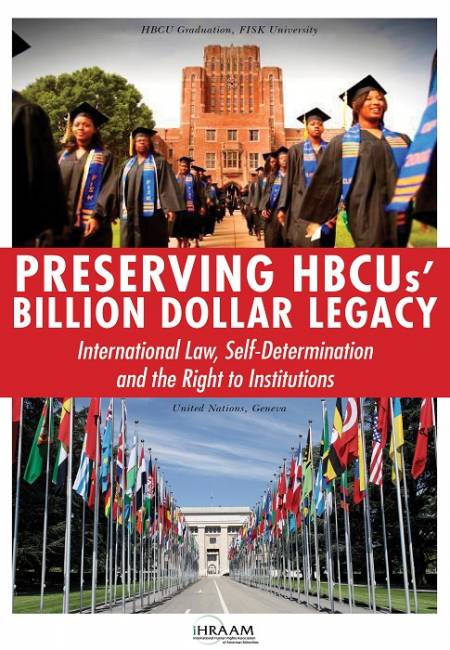 However, recent US government policies undertaken without consultation with African American / HBCU leadership have disproportionately impacted the survival of these institutions. Supreme Court decisions have also played a negative role.

This book represents IHRAAM efforts from 2014-2015 to contextualize the struggle to save HBCUs within the context of the international minority right to institutions, and to stimulate debate and discussion within the HBCU and African American community as well as within government and the international community as to the value and applicability of international norms when seeking to resolve the ongoing disproportionately negative standing of African Americans in social indicators measuring well being—despite their having achieved de jure civil rights for nearly half a century.