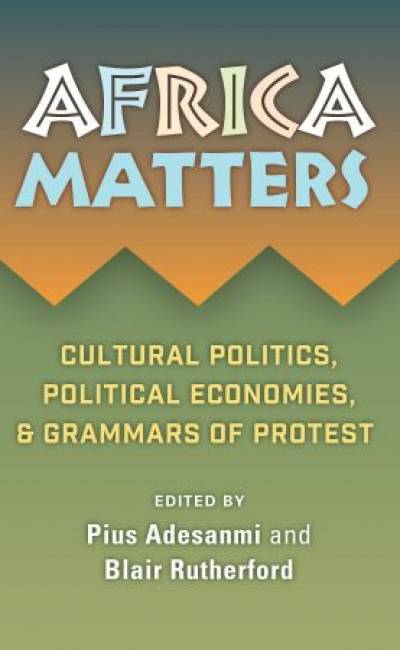 With a sampling of insightful articles from the first five issues of Nokoko, journal of the Institute of African Studies, Carleton University, Ottawa, Canada, the book brings together pieces that the journal’s editorial board felt were particularly perspicacious in their analysis and resonant in their crafting. Uniting them in this book permits a new dialogue to emerge around the key themes of cultural politics, political economies and grammars of protest. Their intersection here sheds light on important issues for Africans in the twenty-first century.

BLAIR RUTHERFORD is professor of Anthropology in the Department of Sociology & Anthropology at Carleton University in Ottawa, Canada. For over 25 years, his ethnographic research in various countries in sub-Saharan Africa has focused on the cultural politics of predominantly rural livelihoods, examining in particular the varied terms, conditions and contestations of labour relations along racialized, gendered, classed and citizenship axes within overlapping (and at times competing) scales of action.

PIUS ADESANMI was Professor of francophone and anglophone African and Black Diasporic literatures, politics and cultures and Director of the Institute of African Studies at Carleton University until his passing in the tragic Ethiopian Airline flight ET302 crash of March 10, 2019. His research fields also spanned Postcolonial writing and social media; Popular Culture, Street Culture in Africa; Postcolonial and cultural theory, and Third World feminist discourses. Adesanmi believed in public intellection and held high hopes for a Pan-African future. His 2010 book, You’re Not a Country Africa, won the Penguin Prize for African Literature. The remarkable collection of essays tried to unravel what Africa meant to him as an African and pull apart the enigma that is the continent.